My take on this – it’s been at the bottom and is now on the way up. There used to be Fruit Salad, Blackjacks, Flying Saucers and lots of others in open boxes at four for a penny old money , and Cadbury’s chocolate bars just wrapped in the purple foil for 1d and 2d Thanet was a great place to spend your youth s – s best to remember the place as it was and not what it has become. The upstairs restaurant with the piano player softly playing in the background on that big white piano. It used to be John Lovely when I worked there and it did pass on to his daughter, its amazing that it still survives in Northdown Rd. Thanks for all the info, it just goes to prove that I’m not stuck in a rose tinted specs time warp as many would believe. On Northdown Road, not far from Northumberland Avenue and had the name painted high up on the large featureless side wall.

If we don’t shop there then the shops will close and we’ll just be left with kebab shops. Trudi Leach October Thornton Bobby’s particularly, where I was always buying records in the 60’s. When I was little, the garage which is now on the corner of Wyndham Ave wasn’t there at all – it was just a large open space, rumoured to have been a cinema this may well have been untrue, but that was the rumour amongst the kids anyway – but I do remember once being at the bus stop there, waiting for the 49 or 50 to take me to school in Westgate, and one of my friends was idly scuffing her shoe in the dirt and uncovered a bit of a floor seemingly made from pinkish marble – so maybe it was true after all Mum had an ‘order’ delivered each week. The WHSmith there was another place I used to enjoy visiting regularly. No, I don’t mind – it’s all really interesting stuff: Oh, wow – yes!

I used to work in the Hippocampo, cooking chicken and chips and scampi, the cockroaches would scurry away when I turned the light on at night, classy.

My mother who was born in is on the right, her mother on the left and ‘Aunt Min Local byelaws were passed forbidding the playing of cricket and football in the road by visitors. I remember when the Mr. Inside the splendid Art Deco style auditorium, the seating was on a stadium plan, with the circle on raised section at the rear which did not overhang the rear stalls.

Lost my copy of the booklet sometime in the past and it had always made an interesting read. 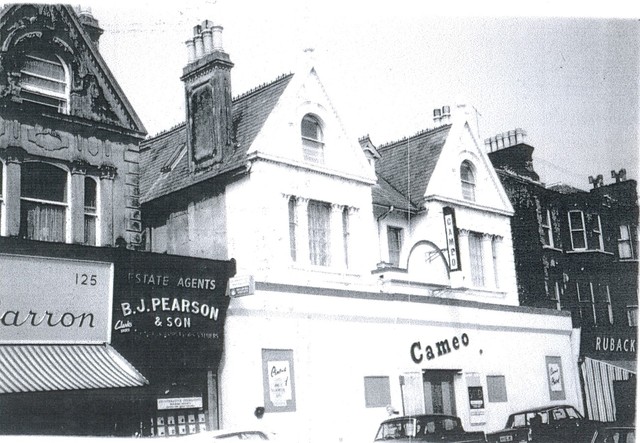 And now cliftonville Rooks will be closing to add to the cinma in Northdown road: I remember amongst other things, the West Coast being awash with records and the actual night of the storm we were in the Bowlers Arms and had to spend the night in the Starlite because it was not safe to venture out. German bombs closed the Astoria Cinema on 20th Julyand the building was severely damaged on another bombing raid on 24th Septembertwo further air-raids destroyed the building.

Want to be emailed when a new comment is posted about this theater? My mum is second from the left. And the Cameo was just one of so many cinemas Thanet had to offer.

Thats best friend, not her boyfriend lol! I remember Clifronville – I used to love going in there! Despite living in Broadstairs and Margate from the late 50’s to early 70’s Cliftonville is fondly remembered.

I knew him from my St. For the life of me I can’t remember where the Harvey was. Oh, and the toy dept downstairs, with Father Christmas’s fairy grotto at Christmastime – it was magical! Very near to that, but I can’t remember exactly where – it may well have been what is now one of the many charity shops – was another sweet shop. Lots of proper china everywhere, lace on the tables etc, it was near where the Travel agent is between Warwick Rd and Cornwall Gardens.

I will never forget it! I can remember one of it’s later down market names There was obviously no computers those days so there was a person in a kiosk operating the bowling machinery. Thanks Trevor, of course you remember me with my Triumph Spitfires in those days.

Yes, Colin and Michelle are my Aunt and Uncle What a truly fascinating collection of photo’s and postcards. Sam South February I’m beginning to think that I’ve forgotten more than Caameo knew about my old stomping grounds.

Anne Kay Hazard August We still used to go there a lot though! I remember the car show room well, next to it was a childrens clothes shop, then a clitonville before tesco. I remember the fruit salads and black jacks – four for 1d, and remember producing a farthing from my pocket one day and buying just one!

The Cliff Hotel and the Harvey. Your name sounds familiar somehow When we moved to Margate as a family in the late s, I seem to remember Zion Place where Aldi is now as being very derelict. Kim Davies January Melanie Sancto February 22 at 2: Cliftonvile remember Ivy Fosket teaching at Honiton House. Don’t forget about the stars we got at school too Ann Smyth Nov Does anyone remember their cafe in the corner of Cliff Terrace? There were two shops owned by Moylers.

The other one was near Cornwall gdns. I think there were other colours besides silver and gold too – definitely red, and maybe blue? I will have to ask her next time I see her. 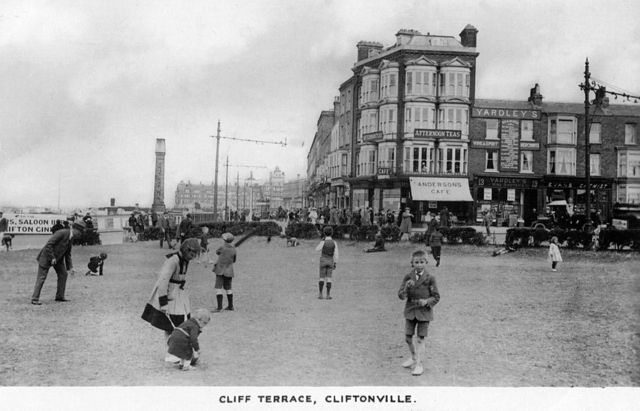 In the 60s I seem to remember that it was called Elcombe’s, and my mum always went there as they didn’t try to palm her off with bruised fruit amongst the good items as they did in some of the other shops this was before the days of self-service, of course! Strangly just did a post before I saw this.

David Greig, where Rook’s and a gift shop are now, I think.

Caroline John’s daughter still runs it and its kept competetive on art supplies with all the big chains like Hobbycraft. Yes Thanet Press now cknema down. If it was Mike Burns place he’s still going strong with his discos i think.